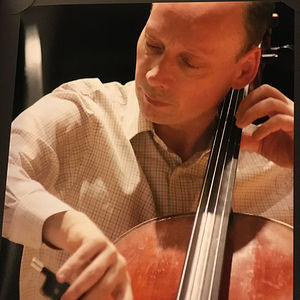 From 1999 until its final season in 2013, Clive Greensmith was a member of the world-renowned Tokyo String Quartet, giving over one hundred performances each year in the most prestigious international venues, including New York’s Carnegie Hall, Sydney Opera House, London’s South Bank, Paris Chatelet, Berlin Philharmonie, Vienna Musikverein, and Suntory Hall in Tokyo. He has collaborated with international artists such as Andras Schiff, Pinchas Zukerman, Leon Fleisher, Lynn Harrell, Dmitry Sitkovetsky, Alicia de Larrocha, and Emanuel Ax.

Mr. Greensmith has given guest performances at prominent festivals worldwide. In North America he has performed at the Aspen Music Festival, Marlboro Music Festival, Music@Menlo, La Jolla SummerFest, Santa Fe Chamber Music Festival, Cleveland Chamber Fest, and the Ravinia Festival. He is a regular guest of the Chamber Music Society of Lincoln Center and will undertake a national tour with Paul Huang, Wu Han, and Matthew Lipman in 2020. Internationally he has appeared at the Salzburg Festival in Austria, Edinburgh Festival in Scotland, Pacific Music Festival in Japan and the Hong Kong Arts Festival. As a soloist, Clive Greensmith has performed with the London Symphony Orchestra, Royal Philharmonic Orchestra, Seoul Philharmonic, and the RAI Orchestra of Rome among others.

During a career spanning over twenty-five years, Mr. Greensmith has built up a catalog of landmark recordings, most notably The Complete Beethoven String Quartets for Harmonia Mundi with the Tokyo String Quartet, Mozart’s ‘Prussian’ Quartets with the Tokyo String Quartet, Brahms Cello Sonatas with Boris Berman for Biddulph Recordings, and Clarinet Trios of Beethoven and Brahms with Jon Nakamatsu and Jon Manasse for Harmonia Mundi. Toccata Classics will release a live recording of his world premiere performance of the Pál Hermann Cello Concerto with Theodore Kuchar and the Lviv International Symphony Orchestra in the spring of 2019.

Mr. Greensmith studied at the Royal Northern College of Music in England with American cellist, Donald McCall, where he was the recipient of the prestigious Julius Isserlis Scholarship. He continued his studies at the Cologne Musikhochschule in Germany with Russian cellist Boris Pergamenschikow.

Deeply committed to the mentoring and development of young musicians, Clive has enjoyed a long and distinguished teaching career. In addition to his fifteen-year residency with the Tokyo String Quartet at Yale University, Mr. Greensmith has served as a faculty member at the Yehudi Menuhin School and Royal Northern College of Music in England, the San Francisco Conservatory of Music and the Manhattan School of Music. In 2013, following the final concerts of the Tokyo String Quartet, Mr. Greensmith joined the faculty at the Colburn School where he teaches cello and coaches chamber music for the Conservatory of Music and the Music Academy. Students of Mr. Greensmith have gone on to secure major positions in orchestras throughout the world and have won a number of prestigious awards. In July 2019, he will succeed Günther Pichler as director of string chamber music at the Accademia Chigiana International Festival and Summer Academy in Siena.